Summary of Council 69 held in Rotterdam, The Netherlands

On several occasions the Council and Finance and Audit Committee had noted that it was important to increase the capacity of the Secretariat.  This major reorganization of IALA that reported on at the last meeting of the Council was finalized successfully.  From 1st January Omar Frits Eriksson had been Deputy Secretary-General and Dean of the World-Wide Academy, which already proved to be an excellent arrangement. Two full time staff members, Kevin Gregory and Tom Southall were working side by side as Education and Development Manager of the WWA and Secretary to the four Committees.  The assignments are flexible, and they work together supporting the Committees during Committee seasons, and for the Academy outside these periods.

With the latest reorganization and employment of Minsu Jeon as Technical Operation Manager in 2017 and Isabelle Bracq as Accounting and Administrative assistant since November 2018, the Secretary-General considered that the recommendations of the secretariat review, initiated by his predecessor Gary Prosser, had been implemented.

The World-Wide Academy continued to develop under the leadership of its Dean and its Board, chaired by Professor Gug.  Following a successful execution of its 2018 Action plan, the Academy was on schedule with its 2019 Action Plan, which included a number of need assessment missions and follow up review missions to developing countries, and several Level 1 Aids to Navigation Manager courses, which are expected to be delivered in English, French, Spanish, and possibly in Arabic.

The Pre-Diplomatic Conference held in March in Istanbul was successful.  The final Diplomatic Conference is scheduled in Kuala Lumpur in February 2020.  Gratitude was expressed to the Governments and National members of France, Morocco, Turkey and Malaysia for their strong support in the planning and execution of this important and complicated project.

After the very successful Conference last year in Korea IALA was busy preparing the ENAV/VTS Symposium planned for 2020 in Rotterdam and the 20th Conference in Rio de Janeiro in May/June 2022.  The Symposium programme was ready and the call for abstracts generated great interest.  The Industrial Members Committee held a successful meeting in Rio de Janeiro 28 April to 2 May and inspected all possible facilities to ensure a successful Exhibition and Industrial members evening.

An important decision was taken at the General Assembly last year with the Resolution A13-04 establishing a World Marine Aids to Navigation Day, to be celebrated on 1st July each year – the date of the creation of IALA.  The planning for the first day was progressing well with a main event in Palma de Mallorca in Spain.  Many other parallel events would take place around the world in Vanuatu, Fiji, Japan, Argentina, Denmark and Australia and possibly many other places.

The Committees, which all had a very productive second meeting, generated a number of input papers to this Council session and the Secretary-General highlighted the work done by the VTS Committee on the revision of the IMO Resolution A.857(20) – Guidelines for Vessel Traffic Services.  As part of the VTS Strategy Paper, approved by Council at its 60th session in May 2015, the VTS Committee had prepared a submission to the IMO for an unplanned output proposal to review resolution A.857(20). The output was agreed by MSC in 2018 and IALA was tasked to produce a draft Resolution for consideration in 2020.  This work is extremely important for the future of VTS and demonstrates that IALA is the International Organization dealing with all VTS matters.

Here is the record of decisions:

The Council decided to keep “Marine Aids to Navigation – Successful Voyages, Sustainable Planet” as the theme for the WAtoN Day in the coming years.

The Council approved the revised guideline G1046 – Response Plan for the Marking of New Wrecks (Ed.2).

The Council approved holding an IALABATT-IALALITE Workshop in 2021 at the location to be determined.

The Council approved the note with an amendment to be made by the Secretariat to avoid having the last sentence leading to think that the total radar band width may be narrowed.

The Council approved guideline G1144 – Promulgating the Requirements of a VTS to Mariners – A VTS Users Guide Template.

The Council approved the draft liaison note to ITU WRC-19 on IALA position on Agenda item 1.9.2.

The Council endorsed the approval by correspondence of the liaison note to NCSR6 on Proposed Agenda items for WRC-23, which was published under the IMO reference NCSR6-12-4.

The Council endorsed the approval by correspondence of the submission to NCSR6 on Differentiation between an Aid to Navigation, Mobile Aid to Navigation and Autonomous Maritime Radio Device, which was published under the IMO reference NCSR6-12-5.

The Council endorsed the approval by correspondence of the submission to NCSR6 on Information on the detection by night vision devices of Marine Aids to Navigation fitted with light emitting diode (LED) light sources, which was published under the IMO reference NCSR6-INF.8.

The Council endorsed the approval by correspondence of the submission to NCSR6 on Information on the review of Resolution A.857(20) Guidelines for Vessel Traffic Services, which was published under the IMO reference NCSR6-INF.9.

The Council endorsed the approval by correspondence of the submission to MSC101 on Progress on the review of Resolution A.857(20) Guidelines for Vessel Traffic Services, which was published under the IMO reference MSC101-23-11.

The Council endorsed the approval by correspondence of the submission to MSC101 on World Marine Aids to Navigation Day, which was published under the IMO reference MSC101-INF.8.

The Council endorsed inter-sessional approval of the Liaison note to ITU-R WP5B on AMRD.

The Council approved the revised Guidelines for the Preparation of an IALA Conference or Symposium.

The Council approved National membership for:

The Council approved Industrial membership for:

The Council approved Associate membership for:

The Council agreed that Honorary was deserved by Captain Çehreli, Mr Rebollo and Mr Paap and decided to grant Honorary membership to the three individuals.

The Council agreed that National members mentioned in input paper C69-15.3 will have their rights and benefits suspended with immediate effect until outstanding debts are recovered.  The Council however authorized the Secretary-General to consider the individual cases and waive part of the outstanding contributions where appropriate.

Councillors should try and contact the members in arrears in their countries.  If this is not successful,  these Industrial members will have their rights and benefits terminated at C70. 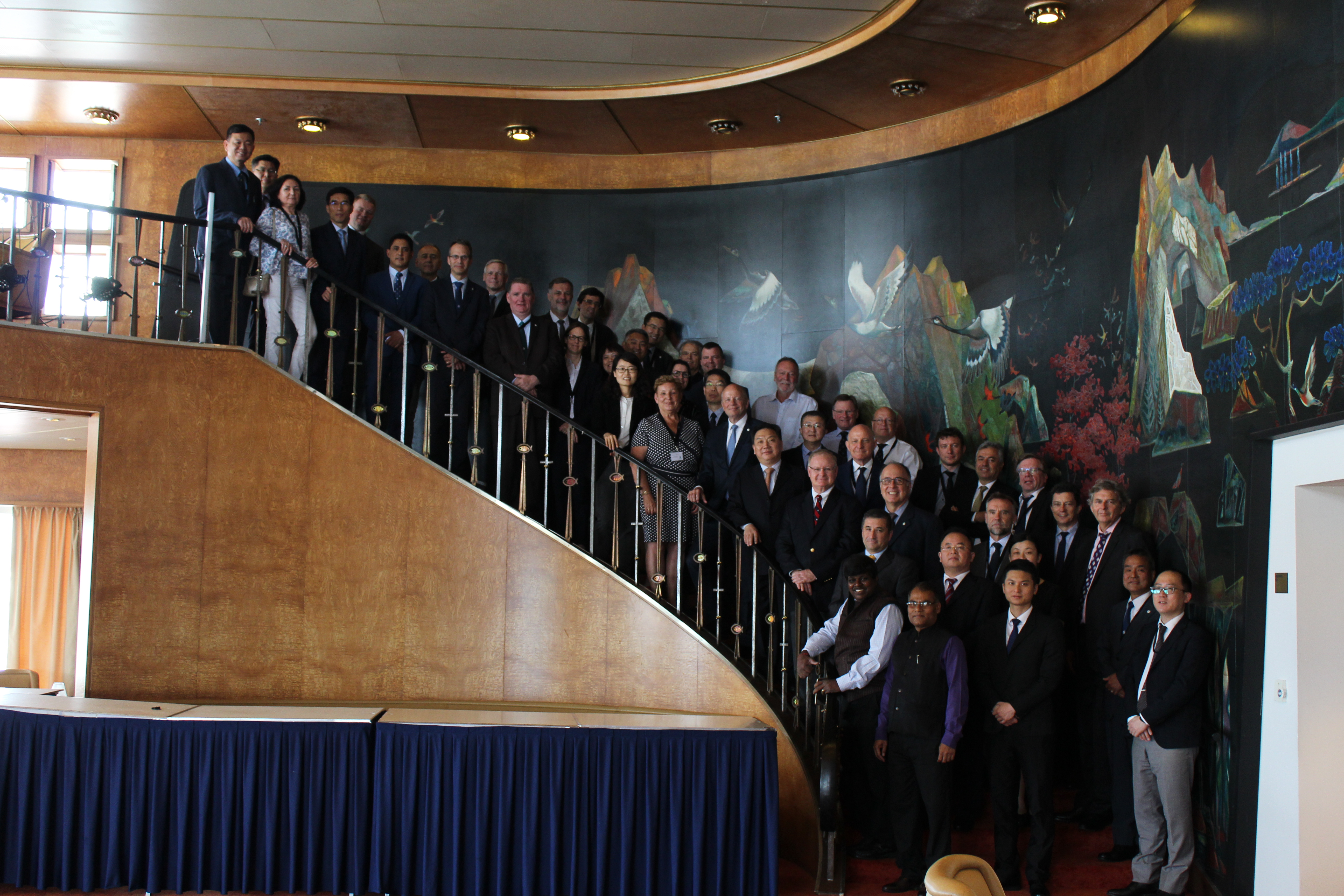