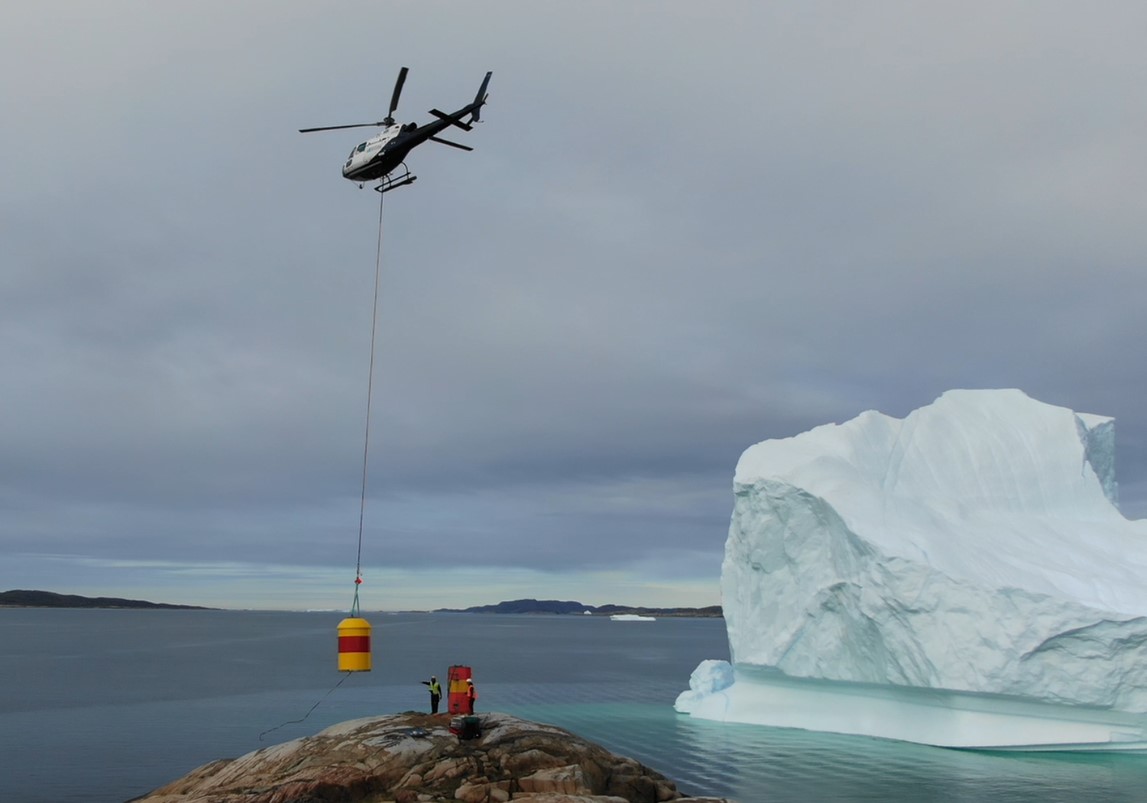 The aids to navigation history of Greenland is very young compared with the lighthouse history of Denmark. The Danish Lighthouse Service was established in 1560. Before the Second World War only two lighthouses were operational in Greenland: Satut and Smukke Ø.

and welfare in Greenland were agreed. Part of the plan was to strengthen the maritime safety in the waters of Greenland due to an expected increase in maritime activity.

An AtoN Committee was appointed in August 1947 and in March the following year the Committee presented a complete plan for the development of AtoNs on the south west coast of Greenland. Maritime activity on the east coast in those days was limited

Present status of lighthouses in Greenland:

Today 63 lighthouses are operated by the Danish Maritime Authority (DMA)  and comprises 35 landfall lights (out of those 23 are sector lights) and 28 leading lines.  Seven are powered by the public mains electricity supply and 56 standalone are solar powered.

During summer a lighthouse engineer from the DMA carries out inspection and major maintenance supported by local technicians and craftsmen.

DMA tender relocated from Denmark to Greenland for two to three months a year. The staff of the tender assisted the lighthouse engineer during the work.

Today, this transport is handled by local shipping companies. The lighthouse engineer and local workers carrying out their work with a local charter boat.

The standalone lighthouses are powered by solar panels and a battery bank that can power the lighthouse throughout the period where there no sunlight during winter for up to three months.

Modernization of lighthouses in Greenland

The lighthouses established in the 1950s were of steel construction. In the late 1970s GRP lighthouses were established at a few locations. These proved to have the necessary strength to withstand extreme weather and over the years have required a minimum of structural and building maintenance.

At the beginning of 2016 the first sketches of the new PRO-GL18 lighthouse were made and the experience from the past was taken into consideration. The construction decided was a GRP body with a steel foundation. Key features of the new lighthouse are its strength, minimum building maintenance being required, and a total weight of less than 700 kilos.

In 2019 the first three lighthouses were replaced in the area around Nuuk. Two of them in walking distance from the city and one on a remote island. The remote locations calls for transport by helicopter.

Knowledge and experience gained in 2019, provided the foundation for replacing five lighthouses in 2021: one lighthouse near Qaqortoq and four in the mouth of the Kangerlussauq fjord. With the aid of a helicopter and pre-assembled lighthouses ready for instant use, the operation went smoothly, without any downtime.

In 2022, it is planned is to replace six lighthouses, five close to Nanortalik and one near Arsuk.

The following picture showing the process of replacing an old steel structure with a new GRP lighthouse unit.

The map shows the location of lighthouses in Greenland.