It is with great sadness that we report the death of Christiane Ville, IALA Honorary Member, on 14 August at the age of 89.

She was only 19 when she joined the French Lighthouse Service to support the preparatory work for the 1950 International Lighthouse Conference. Five years later she was actively involved in the creation of the International Association of Lighthouse Authorities, which was officially established in 1957.

For many years she shared her tasks between the French Lighthouse Service, her official employer, and IALA until the Association had sufficient resources to employ her as Executive Secretary. As such she never spared any effort and was known for her dedication. This was especially the case when the International Maritime Buoyage System came into force in the 1980s.  At that time she spent several months travelling through West Africa organising seminars for the implementation of this new system.

In the late 1980s she became IALA Administration Manager, a position she held until her retirement in 1991.

Being granted IALA Honorary Membership she continued to attend all IALA Conferences until 2014, holding an unbeaten record of 15 Conferences.

She left a daughter who is also well known to IALA, four grandchildren and five great-grandchildren. 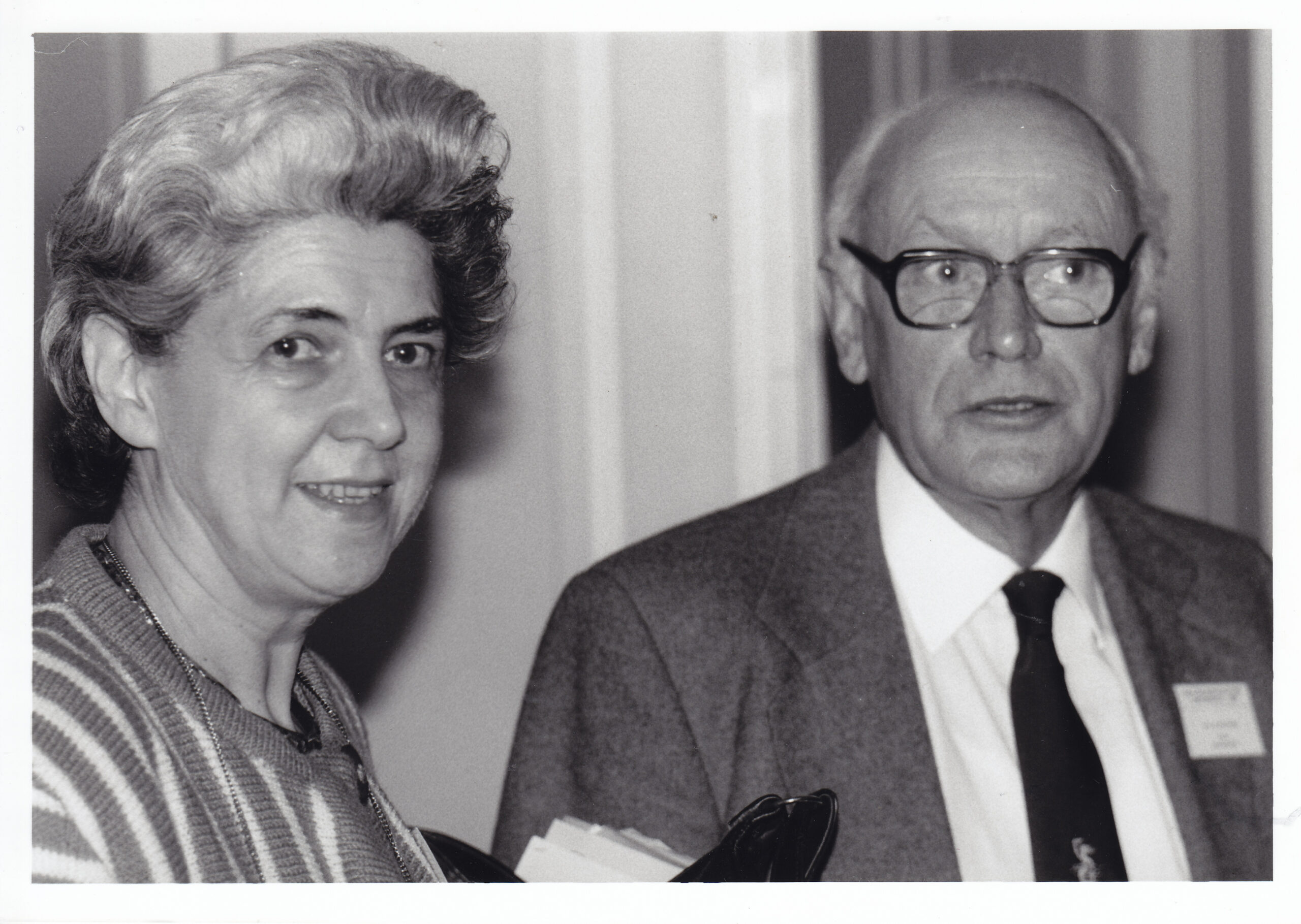 Christiane Ville with Strahan Soames, editor of the IALA Bulletin, at a Conference in Veldhoven, Netherlands, in 1990.