Workshop on Marine Aids to Navigation in the Autonomous World

The workshop under the chairmanship of Commander Hideki Noguchi (Japan Coast Guard) was well attended with 109 participants from 29 countries.

Participants considered 12 presentations and the results of the two working groups.

It was recognised that there are already some non-SOLAS ships (up to 300 tonnes less than 24 metres loa) such as survey vessels in operation.

Global standards for equipment and software associated with MASS, and their ongoing maintenance, need to be adopted to ensure satisfactory levels of connectivity, safety and efficiency. It is envisaged that standardization on MASS equipment and software will be considered at IMO, ITU, IEC, IACS and other international organizations, and that IALA and relevant authorities should work in close cooperation with these bodies.

It was found that the increasing number of testbeds being conducted globally provides an opportunity for engagement to facilitate a greater understanding of the implications for marine aids to navigation as automation technologies evolve and mature.

There is a growing need for IALA standards to embrace the digital domain to facilitate the advent of MASS.

MASS will require a robust and resilient communication ‘system of systems’ to support complex and vital communication needs, allowing communication between ships, remote control centres, VTS, aids to navigation and other elements that may be required in a MASS-operating environment.

Management of ship traffic to ensure the safety and efficiency of ship movements by VTS will evolve with the advent of MASS. This may involve managing ‘big data’, interacting with MASS using digital means, possibly with centralised, distributed and/or virtualised VTS centres.

Developments in the provision of aids to navigation to support MASS must consider their role in a mixed maritime environment including both conventional and autonomous vessels and to be fully compatible with each.

In technology and the regulatory environment developments to support MASS, as well as the ethical expectations of society, should be considered in the development of MASS and related systems.

The Workshop report takes into consideration the key findings above and will be forwarded to the Policy Advisory Panel (PAP), the IALA MASS Task Group and IALA Committees (ARM, ENG, ENAV and VTS) for further consideration.

At the close of the workshop the Secretary General thanked all participants for their contributions. He paid a special tribute to the workshop chair and to the chairs of working groups and sub-group chairs for their hard work.

He went on to express his appreciation to presenters for their valuable efforts and mentioned that discussions on autonomous ships, commenced in the technical committees, would with this workshop be of benefit to IALA’s work. 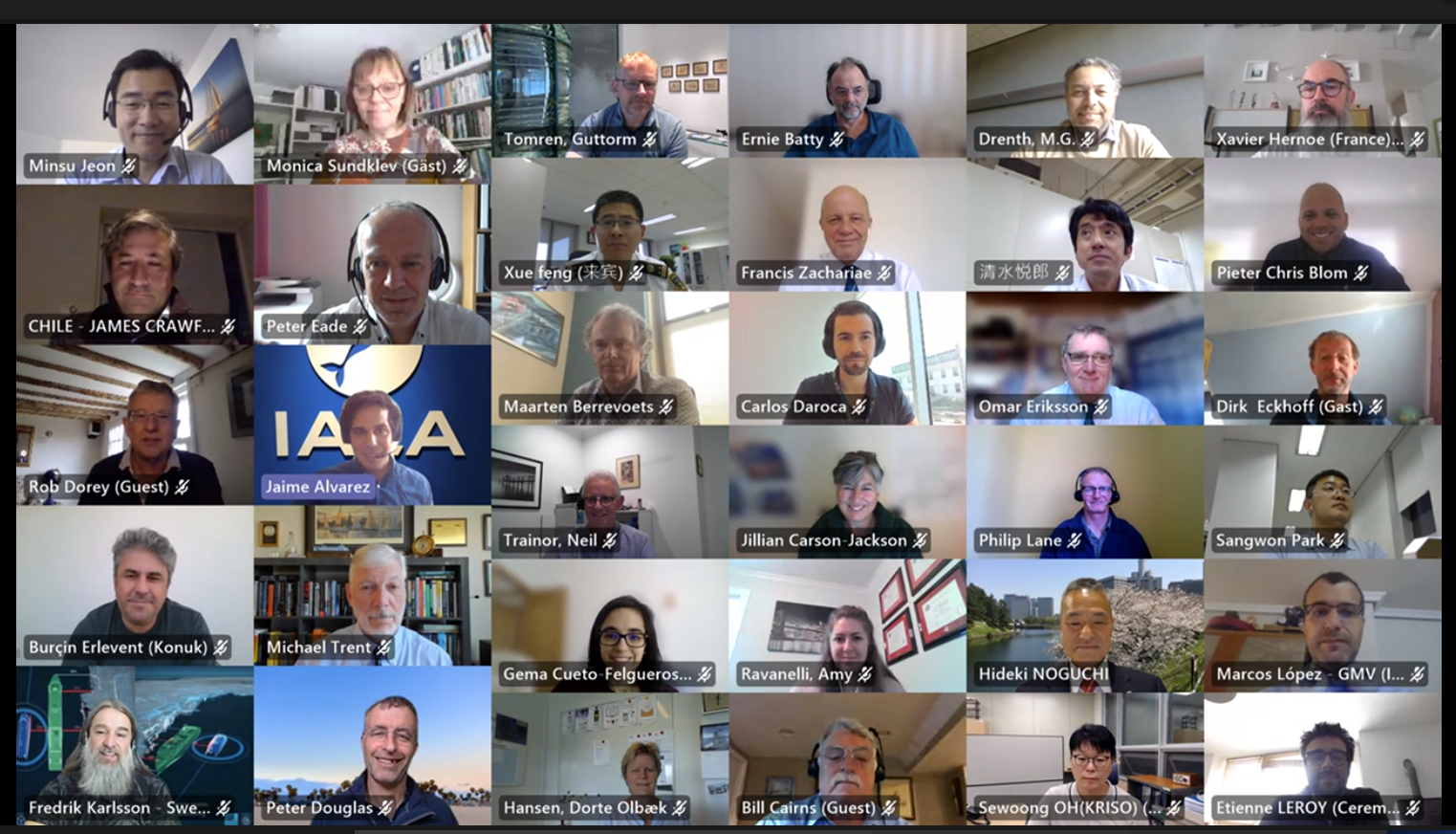