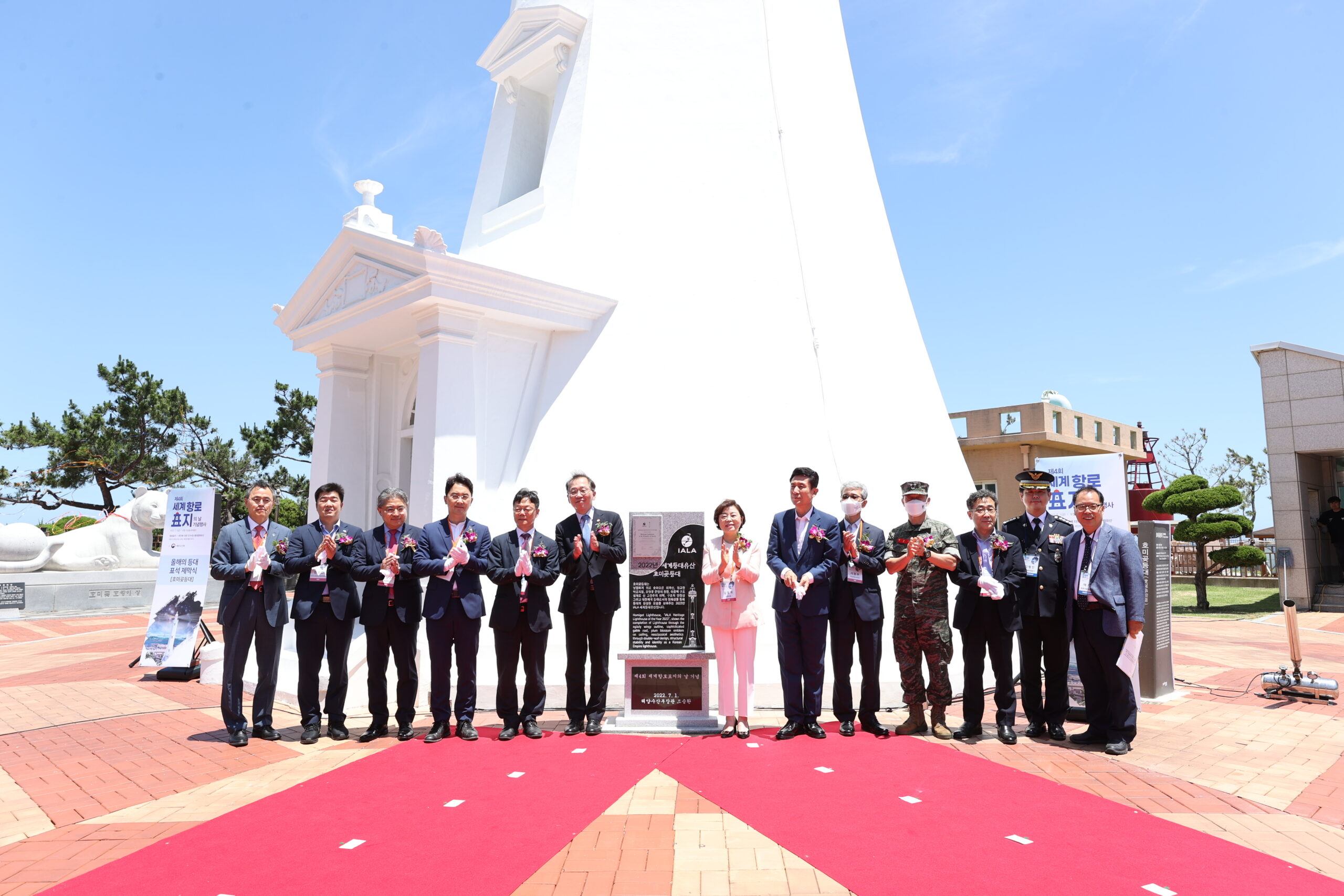 The fourth World Marine Aids to Navigation Day events were held in Pohang, Republic of Korea 1 on July 2022.  Pohang is home to Homigot Lighthouse, IALA Heritage Lighthouse of the Year 2022. Here is to be found the National Lighthouse Museum, beside Homigot Lighthouse.

At the 13th IALA General Assembly of 29 May, 2018 held in Incheon, Korea, there was considered an objective of promoting greater awareness to mariners and the wider public of the vital role of marine aids to navigation in ensuring the safety and efficiency of navigation. The General Assembly approved establishment of World Marine Aids to Navigation Day to be held on 1 July each year.

The Ministry of Oceans and Fisheries held the 2022 World Marine Aids to Navigation Day celebration at the National Lighthouse Museum on 1 July in the presence of more than 240 participants including the Minister, honoured guests and the general public.

This celebration included a commemorative video screening and an official commendation ceremony. As part of this the delegates of Australia, Bulgaria, Canada, China, Germany, Italy, Morocco, Spain and Sweden sent videos with congratulatory messages.

Seung-hwan CHO, Minister of Oceans and Fisheries, said in his commemorative speech: ‘I am very honoured to mark the fourth World Marine Aids to Navigation Day, giving us an opportunity to promote greater awareness to mariners and the general public regarding the crucial role of aids to navigation to facilitate the safe and efficient navigation of vessels and to enhance the protection of the marine environment.’

Secretary-General of IMO, Kitak Lim said in his video of congratulatory remarks that cooperation between shipping, ports and aids to navigation will be vital for enhancing the efficiency and sustainability of shipping therefore facilitating trade and fostering economic recovery and prosperity and added the congratulatory remarks for the Homigot Lighthouse, IALA Heritage Lighthouse of the Year 2022.

Francis Zachariae, Secretary-General of IALA, emphasized in his video congratulatory remarks that World Marine Aids to Navigation Day would provide a valuable opportunity for all IALA members to showcase their respective expertise and how they collaborate to stimulate technological innovation in support of the development and harmonization of aids to navigation around the world.

Since the Museum’s founding in 1985 it has evolved into a leading lighthouse heritage organization. The unveiling ceremony was arranged to commemorate the IALA Heritage Lighthouse of the Year 2022, Homigot Lighthouse. A version of the Lighthouse Heritage Plaque and its background were inscribed in the statue.