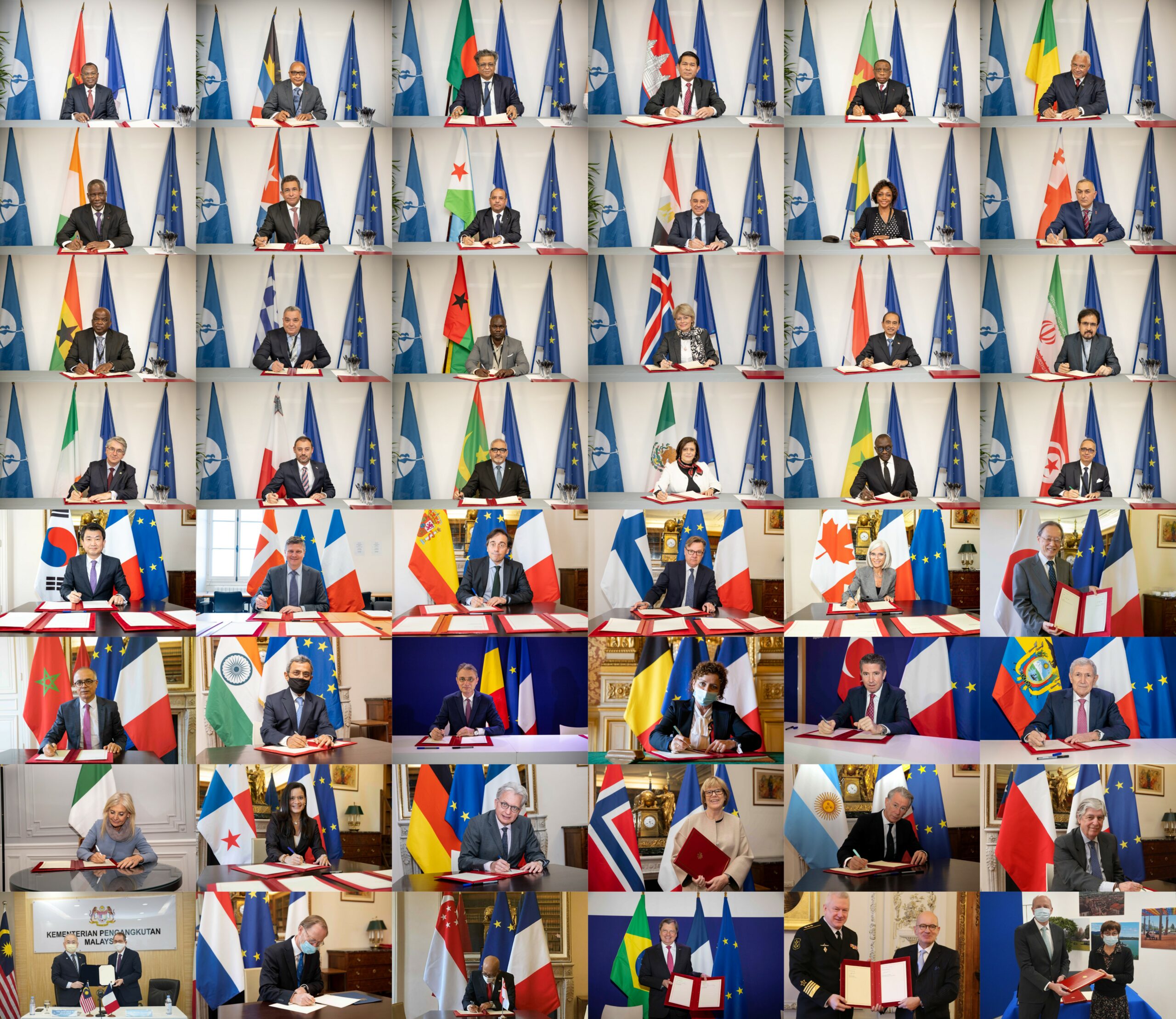 On 26 January we reached a high point of the year since the first signing ceremony of the Convention on the International Organization for Marine Aids to Navigation which took place on 27 January 2021.

To commemorate this anniversary we held a ceremony to mark the end of the one-year signature period.

Until the date of this year’s signing 24 Member States had applied their signatures and on the day a further 27 signed making the two groups the 51 Founding States of the new international organization.

At the ceremony M Fabien Penone, Director, French Ministry for Europe and Foreign affairs, United Nations, International Organizations, Human Rights and Francophonie Directorate, welcomed distinguished diplomatic visitors to IALA. In his address he confirmed that France is delighted to host the headquarters of  IALA, created in 1957, the future international organization.

He added that France is particularly attached to the missions of IALA in favour of the harmonization and improvement of the quality of Marie aids to Navigation. IALA’s work is essential for the safety of seafarers and goods at sea and for the efficiency of maritime navigation.

The transformation of IALA into an international organization represents a significant step forward in ocean governance. Complementary to the IMO this new international organization will strengthen the consideration of issues specific to the maritime environment. Additionally this transformation also reflects recognition of the major and growing role of our current association in this field.

We anticipate many other States will follow to accede to the Convention which will come into force when 30 States have ratified, accepted or acceded to it.

Certified versions of the Convention can be found on the IALA web site here: https://www.iala-aism.org/the-igo-project