For this reason, and others, the International Maritime Organization (IMO) in its e-Navigation Strategy and Strategic Implementation Plan (SIP) recognizes that resilient positioning is a prerequisite for maritime safety of life, safe transportation and environmental protection. We can take resilience to mean not having the same failure mechanisms as other services. One example of an existing resilient system is Loran. The proposed R-Mode system, as described in IALA Guidelines, is another example.

Further information on the need for resilience in positioning, navigation and timing (PNT) is provided by IALA “Recommendation on Resilient Position, Navigation and Timing, R1017, Edition 1, 2018.” and subsequent guidelines.

Radar has always been used as a resilient relative positioning system. When used with fixed, known absolute position targets, a fair absolute position solution for a vessel can be manually calculated. But identifying targets can be difficult and published (navigation chart) positions may be approximate.

A system known as Enhanced Radar Positioning System (ERPS) uses specially modified racons (radar beacons, or eRacons) with specially modified radars (eRadars) to allow radars to automatically calculate absolute position. In this system, eRacons provide their surveyed absolute position encoded on their response signals to eRadars, which use these signals to calculate their own vessels’ positions. The system is independent from Global Navigation Satellite System (GNSS). 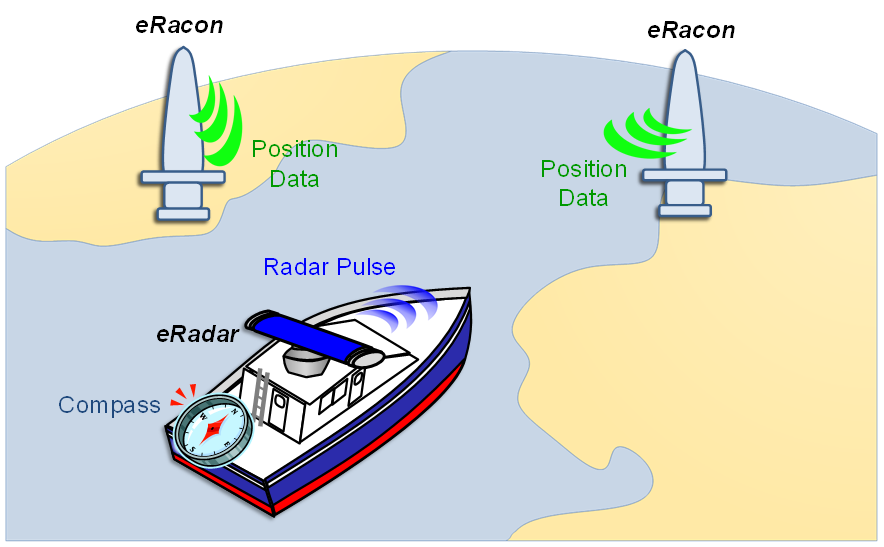 There have been six ERPS sea trials in Denmark, UK and Singapore, sponsored by the EU EfficienSea project, the EU ACCSEAS project and by the Maritime and Port Authority of Singapore. ERPS has also been the subject of many IALA input papers, IALA Conference presentations and e-Navigation Underway conference presentations. ERPS trials using three eRacons demonstrated dynamic absolute position differences of better than 27 meters (95%), and accuracies of 2.5 meters (95%) with the vessel berthed.

ERPS is ideal for use in harbour entrance, harbour approach and coastal waters navigation areas. Due to the need to have at least one eRacon in view, ERPS is unsuitable for use in ocean waters. ERPS can be useful for navigation around or across windfarms and oil fields. ERPS can be a backup to GNSS in the areas within which it is useful.

IALA will be publishing the guideline “G-1147 The Use of Enhanced Radar Positioning Systems” soon.

ERPS is a system that requires standardisation for it to become useful and interoperable. To this end, IALA is sponsoring a workshop on “Enhanced Radar Positioning System (ERPS) Standardisation,” to be held virtually from 29 November to 2 December 2021.

The purpose of the workshop is to identify required standards and key organisations and to invite those organisations to include ERPS standards on their agendas and set an initial road map and timeline for standardisation. Topics of discussion include:

Please join us at the workshop!