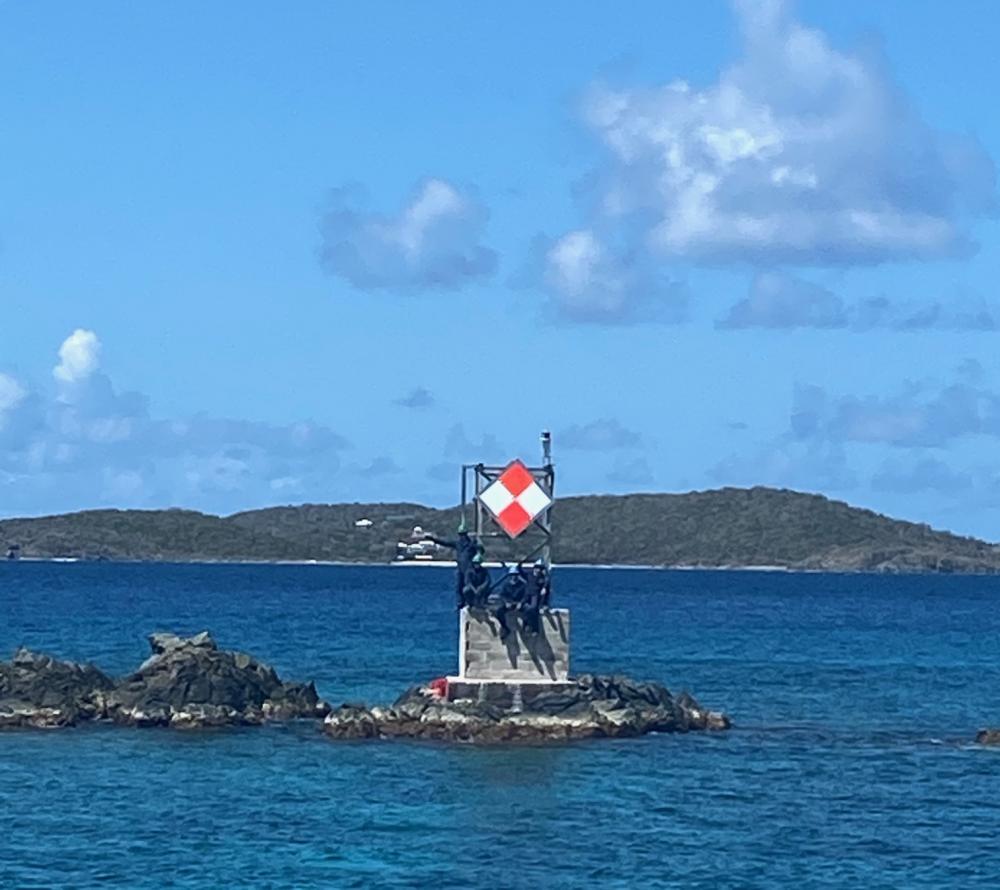 It was reported on 30 August that US Coast Guard Sector San Juan’s Aids to Navigation Team had completed a rebuild project for the Current Rock and Steven Cay navigation lights in the US Virgin Islands the previous week.

Destroyed during Hurricanes Irma and Maria, the Current Rock and Steven Cay lights are now back in service providing awareness to maritime traffic of navigation hazards on the southwest entrance of Pillsbury Sound from Christmas Cove and the east side of Pillsbury Sound just off St. Johns, US Virgin Islands.

Utilizing the unit’s 55-foot Aids to Navigation Boat and a 14-foot skiff, the Aids to Navigation Team crew worked over several weeks to transport thousands of pounds of material and equipment to the US Virgin Islands.  Over the course of nearly 600 labour hours and 150 underway hours, the team completed the major overhaul and repair of these two vital aids to navigation structures. Between the Current Rock and Steven Cay structures over 25,000 pounds of mortar and concrete were required along with other materials such as rebar and plywood.

‘I could not be more proud to work alongside some of the finest hardworking Coastguardsmen coming up through the ranks.  They proved their adaptability and resiliency in although beautiful, extremely harsh and remote conditions.  They were able to execute the mission safely and operated as a team.

‘We look forward to taking on new projects in the US Virgin Islands and Puerto Rico and provide the best service to the mariner.’

Commander Nick Seniuk, Seventh Coast Guard District Waterways Management branch chief said that Aids to Navigation Team Puerto Rico worked over the last year to develop the plan for these two rebuilds, which included coordinating all the logistics and securing the necessary funding.  He further explained that $40,000 in material and transportation costs provided by the Seventh District Waterways Management Division, combined with the planning and execution of Aids to Navigation Team Puerto Rico enabled a savings of up to $800,000 in commercial costs.