The South African Maritime Safety Authority (SAMSA) was established under the SAMSA Act 5 of 1998. It is the authority charged with the promotion of South Africa’s maritime interests, even though South Africa has many maritime interests that cut across many ministerial and departmental jurisdictions. It falls under the ambit of the Department of Transport.
These interests, rights and obligations are covered under international conventions to which South Africa is party, such as the United Nations Convention on the Law of the Seas (UNCLOS), the International Convention of the Safety for the Life at Sea (SOLAS) and other maritime related conventions, which SAMSA must protect and promote. These international conventions are administered by the International Maritime Organization (IMO) which is SAMSA’s major international stakeholder.
SAMSA was established on 1 April 1998.
Its formation resulted from the 1996 Transport Policy with the vision that South Africa’s Transport must support government strategies for economic and social development, whilst being environmentally and economically sustainable.
The articulation of the maritime policy imperatives and goals are as follows:
≈ Developing maritime awareness;
≈ Assisting in the creation and fostering of an economic environment for the Maritime Transport Industry which will allow it to compete with other nations;
≈ Contributing to the release of the full potential of the maritime industry in South Africa and to the modernisation of the shipping administration; and
≈ Ensuring fair labour practices such as employee rights, job creation and security with acceptable standards of employee health, welfare and safety in the maritime industry.
As a result of articulations in the Transport Policy the founding legislation of SAMSA identified three core mandate of the entity as:
≈ To ensure safety of life and property at sea
≈ To prevent and combat pollution from ships in the marine environment
≈ To promote South Africa’s maritime interests
Other mandates that have been recently been entrusted into SAMSA are as follows:
≈ The lead executing and implementing agency of the Western Indian Ocean Marine Highway Project. The project’s development objective was to introduce modern aids to navigation systems in the Southern African Development Community (SADC) region, such as an electronically supported marine highway to guide ships through sensitive areas.
≈ The Authority charged with administering the Merchant Shipping (National Small Vessel Safety) Regulations, 2007 as amended (“the Regulations”). The Regulations extends SAMSA core mandate to include inland waterways (only waterways accessible to the public) within the Republic. That is ensuring boating safety on our waters.
≈ The Authority charged with implementing and executing the Long Range Identification and Tracking of Ships (LRIT) along the South African coastline. The long-range vessel monitoring system assists in securing South Africa’s coastal waters in the midst of the rising lawlessness in the high seas with particular reference the worrying surge in pirate attacks along the East African Coast.
SAMSA’s local customers cuts across a couple of industries with the government being the major stakeholder, they are divided into 4 categories;
≈ Government and Public Entities
This includes the Department of Transport (DOT) as a major stakeholder. There are other institutions and state agencies such as Transnet and PetroSA. SAMSA also has important relationships with regional bodies such as the SADC and the Indian Ocean Commission.
≈ Maritime Industry and Clients
These include the South African Maritime economy, the Maritime industry and coastal communities.
≈ Academic Institutions
SAMSA has partnerships with research and academic institutions and other professional bodies
≈ SAMSA Staff
SAMSA continues to make significant investments in its human capital
≈ Corporate Governance and Institutional Positioning cluster
In this cluster we have the Centre for Corporate strategy, Risk and Governance, the Centre for Corporate Affairs and the Centre for Corporate Services.
≈ Maritime Sector Governance
This cluster consists of the Centre for Policy and Regulatory Affairs and the Centre for Sea Watch and Response.
≈ Maritime Sector Compliance and Enforcement
This cluster houses the Centre for Ships, the Centre for Seafarers and Fishing and the Centre for Boating
≈ Maritime Sector Development
There are two centres in this cluster, The Centre for Maritime Industry Development and Economic Analysis and the Centre for Maritime Excellence
SAMSA’s Head Office is in Pretoria with other offices in the following ports, through which most compliance and enforcement services are conducted;
≈ Richards Bay
≈ Durban
≈ East London
≈ Ngqura
≈ Port Elizabeth
≈ Mossel Bay
≈ Cape Town
≈ Saldanha
≈ Port Nolloth
SAMSA is governed by a Board made up of the CEO and six non-executive directors, including a chairperson and a deputy chairperson. 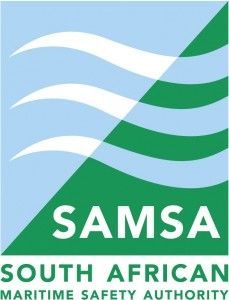